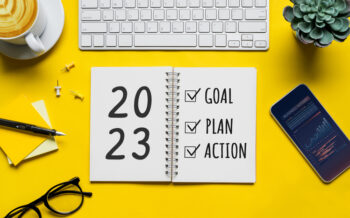 In an article on Digital Content Next, Juan Señor, an award-winning journalist and president of the Innovation Media Consulting Group, laid out—in a new report—“five recommendations for publishers as they look ahead to the uncertainties of the New Year.”

At BIMS 2023, Craig Fuller, CEO of FreightWaves, will deliver a keynote titled, “How FreightWaves Created a One-Two Punch With Marketing Services and Subscription Data.” One of the five recommendations that Señor lists urges publishers to keep focusing on subscriptions. Lerner saw right away that this means much more than just the revenue from that. Data will be key in this new order.

Another recommendation concerns diversification, and that means riding the return of events. “We feel that events have really segmented into two categories: trade shows and niche boutique events,” said John Lerner, CEO of Breaking Media, and a BIMS 2023 co-presenter for B2B Digital Advertising Surge—Will It Continue?

“Each market will support 1-2 large trade shows, but I have heard many marketers are still evaluating ROI beyond the #1 show in their market. The highly focused boutique events offer an opportunity for more networking, and we feel these fit well with highly targeted digital media.”

Keep your foot on the subscription gas. “People know they have to pay for news,” Señor says, “so be the one that they pay for.” In studying their audience’s behavior, The Atlantic’s data science team observed that “lighter” topics tend to appear earlier in a person’s path to becoming a subscriber, and that “weightier” topics tend to be “the reads immediately before a person makes a decision” to subscribe. “We don’t lean toward one of these over the other,” they said. “Rather, it’s the overall composition of topics a reader spends time with that matters most in driving return visits and subscriptions.”

Continue to explore opportunities for revenue diversification. Gamification is surging again, the Innovation Report says, as publishers seek to draw in new subscribers, generate fresh revenue streams and increase the “stickiness” of their relationships with audiences. “There are huge benefits for publishers in diversifying revenue streams and exploring alternative avenues,” said Elizabeth Deeming, Future Plc’s SVP of group, and Lerner’s co-presenter. “At Future, we created a Future Wheel—the wheel is made up of our different monetization streams—from print, advertising, video production, to e-commerce.”

Even ideas that don’t take off can provide meaningful steps in the product development process. Amazon’s history is littered with failures. “These days, you have to rely on people in your teams to be smarter than you,” Anita Zielina, a media innovator and former BIMS keynote said. “And that’s a tough thing. And embracing failure is easier said than done. We like to win and are not so excited about failure. But the culture of failure empowers your team to experiment. If you don’t, you’re not going to have creativity in the room. Experimentation includes failure, and organizations need to live with that. There is no digital product development that doesn’t have unexpected turbulences. But it also allows for agility.”

Be tech-led, not led by tech. “First-party data gives us the chance to have a direct relationship, control the pricing, content and dialogue with our readers without intermediaries,” the report states. “This is a massive shift and one we must prepare for.” At BIMS, there will be a whole track devoted to tech, including the session, Time Is Short: What’s Your First-Party Data Strategy? In their Email Engagement Report – Q2 2022, Omeda wrote: “Email continues to be a force, and with a few tricks to test out and some diligence, you can optimize performance over time. Plus, when your audience strategy is built on a foundation of first-party data, you’ll be well-prepared for future changes.”

For his 2022 Neal Award-winning story, Industry Dive’s Ben Fidler found a powerful video of his subject, Sek Kathiresan, winning the Curt Stern award—an honor given to pioneering human geneticists by the American Society of Human Genetics. In his acceptance speech, Kathiresan recalled the journey that took him from a small town in India to an awards stage in San Diego. While the story’s personal photos added context, the video added so much more.