I didn’t always write with bullets. But as Politico and Axios co-founder Jim VandeHei said, you start to look at your numbers and how people are reading you in these days of distractions, and you adapt. Longform journalism still has a huge place in the B2B world – as our Neal winners showed this year – but for daily consumption, being short sits tall. 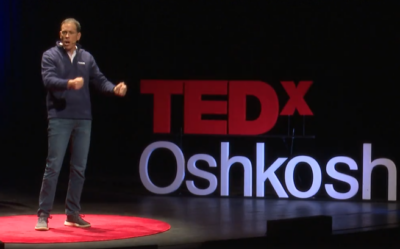 “The greatest gift you can give yourself and others in this cluttered world is their time back. Use as few words, as few sentences, as humanly possible,” VandeHei said in his TEDx talk in July, just prior to their sale for $525 million to Cox Enterprises.

“So that person gets the message you want, and you both get the time back that you deserve. And I can tell you this: I’ve seen it in my own life. If you start to think about the efficiency of communication, you will see in your own mind that you’ll start to think more clearly, talk more clearly, write more clearly. And you’ll see that it’s ultimately good for you because you’ll be heard again.”

Axios’ founders even wrote a book called Smart Brevity to share their transformative methods for “punching through the noise” to get people to pay attention to what matters most. “People want smart content, essential content, but they want it delivered efficiently, as fast as humanly possible,” VandeHei said.

Perhaps above all, Axios made their brand scalable. They built a national platform with an elite audience—and then added a high-end subscription business, Axios Pro. Then they started to take their Smart Brevity on the road. They’re in 24 cities today, with six more expected soon.

Here are five other reasons for Axios’ success:

Bring your message to the (interesting) people. VandeHei said how they taught Axios journalists to write their way—“they adapted right away”—and built this company around “smart brevity.” All of a sudden, they had incredible readership, and he said that he received hundreds of thank-you emails, followed by inquiries from entities like the NBA and CIA—yes, that CIA—wanting to know how to do this. “’Can you come in and talk to our team about how spies can give a much more crisper explanation about what they’re seeing on the ground,’” he said. “’What are the threats? They’re not great communicators, their messages are meandering.’ So my partner goes in, talks to the CIA, gives them the tips and tricks…” (The guy who wrote presidential briefs for Trump apparently was in the audience and quit to work for Axios.)

Niches contain riches (and first-party data generators). “Given the number of verticals that Axios launched, it’s essentially a general interest news outlet at this point—no different from a New York Times or USA Today—but its emphasis on niche newsletters allowed it to generate great first-party data that made it the perfect vehicle for native ads,” wrote Simon Owens in an excellent column titled 4 Things Axios Did Right in his Media Newsletter on Substack. “It’s perfectly designed for email consumption, but Axios also prioritized web optimization for each of its scooplets so that they could be easily shared on social media.”

Right vehicle at the right time. “There are so many ways technology has helped email newsletters become a replacement for the newspaper and magazine as people’s view into the world and how they get news and information,” said Kerel Cooper, CMO of email service provider LiveIntent. “It’s in your inbox. It’s there almost on-demand when you’re ready to consume it. With the pandemic and everyone being home, that growth accelerated.” Omeda wrote that newsletters have a better click rate than every other email type except for reader service and white papers.

Hire great people. “Axios devoted a substantial portion of its hiring to mid-career journalists with already-existing brands,” Owens writes. (Industry Dive, which was also recently sold for a $525 million tag, used that strategy as well.) “While the average salary was likely higher, these journalists were able to scale up their niche verticals more quickly and efficiently than they otherwise would have if they were hired right out of college.” In addition, they never became overly reliant on Facebook, thus having more control of their audience.