Necessity is indeed the mother of invention, quite appropriate for the times we’re in and the day after Mother’s Day. So with the mixed success of virtual events, we’re starting to see different models emerge in 2021, from micro-conferences to rock band-like, city-to-city tours to fully hybrid events—though again the hybrid model has many variations. 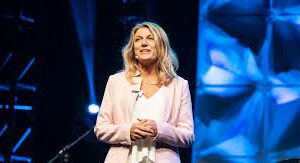 “For me, the planning process always starts with what the objectives are for an event,” Annette Gregg, SVP of experience for Meeting Professionals International, told Informa’s MeetingsNet. “Some meetings are for straight education, and we know that can be delivered just fine online, as colleges are showing us right now… But when your objectives are something like brand activation, where you want the human senses involved, then in-person is what you have to do.”

But are we ready for that? Everyone is sending out surveys trying to gauge audience temperature, which makes sense. There are still major virtual events scheduled for the latter part of the year like Reuters Next Dec. 1-3 and PR Week’s PRDecoded Oct. 12-14 (Haymarket Media). And when there is an in-person event scheduled such as Luxury Travel Advisor’s Ultra Summit July 25-27 in San Antonio (Questex), there’s a long intro page on the safety precautions they’re taking. And under “Information,” there’s “Agenda,” “Venue” and “Be Safe.”

The Technology Association of Grantmakers (TAG) has announced a series of micro-conference meet-ups to replace its annual conference originally planned for Nashville in November 2021. “Crafted after deep listening by TAG’s member-led Engagement Committee,” the late-summer local meet-up series is designed to provide deep learning and meaningful connection—“with health and safety in mind”—featuring “hyper-local micro-conferences held in communities across the continental U.S.” No more than 30 people will meet at each hosted location.

For those meet-ups, they asked in an online survey: “In terms of potential places for #TAGreconnect meet-ups, the following cities exist in regions with a concentration of TAG members and/or a fresh location for TAG.” They list 11 of the nation’s biggest cities, from which 5 to 6 will be chosen. And then a line that we’re often seeing: “We need YOUR input to get this show on the road.”

An event tour and hybrid event.

Like a touring rock-and-roll show, Solar Power Events premiered an event series in February called the Smart Energy Market Tour (pictured above). The outside tour spanned one week in Florida and visited four cities, Miami, Tampa, Orlando and Jacksonville. Over the week, nearly 20 exhibitors followed the event and saw over 400 attendees in total. In late April, the tour made three stops in the Carolinas.

“We know that virtual events can’t replace in-person interactions. COVID-19 has forced us to reconsider our event model, to find new ways to host in-person events that facilitate business,” said Stephen Miner, president & CEO, Solar Energy Trade Shows. “We heard from a number of exhibitors who wanted a safe way to meet with potential buyers. They were thrilled when we proposed this format to them and they had a great week in Florida. We’re looking forward to expanding the Market Tours to other states.”

Next up for them is a hybrid event. Knowing that hybrid does not mean just broadcasting your in-person sessions, Solar & Storage Northeast will feature virtual education on June 7-8 and an in-person expo taking place inside and outside of the Westin Boston Waterfront, June 9-10.

The Professional Convention Management Association has scheduled EduCon as a hybrid event in Phoenix for July 7-9. Their tagline is “We are better together.” Some content will be livestreamed from the conference while some will be prerecorded presentations followed by live Q&A.

“If you are ready to meet again in person, please join us in Phoenix at the JW Marriott Desert Ridge,” they write. “If you want to explore what a hybrid event looks like from the digital side, we welcome you to participate in that journey.”