“Most importantly, diversity in sourcing quite simply makes our journalism better,” Neema Roshania Patel, editor of The Washington Post Next Generation Audience Development team, wrote on Poynter recently. “More reflective of our world. And more accessible.” Neal Award-winning articles are reflecting this.

“There are always trade-offs when someone has to cycle off of daily coverage to do something bigger,” Ben Fidler, BioPharma Dive senior editor, wrote when I asked him about having the time to do long-form stories—in connection with his winning a 2022 Neal Award for an article on the physician-executive behind Verve, a biotechnology company created to protect the world from heart disease.

“In our case, because we have a small team, it means others have to pick up the slack quite a bit. But we all know that and aspire to write great stories. So when someone has an idea in the works, we come up with a plan to give them the time they need to execute efficiently. And I think that goes for other publications at Industry Dive, not just BioPharma. Many journalists I’ve spoken with here want to write standout stories, not just daily churn.

I bring this up because we’re having an Editorial Council meeting and discussion with two more Neal Award winners, Rachel Engel of Lexipol and Barbara Spector of MLR Media. The topics they covered—A Tribute to Female Essential Workers; and Reckoning: Family Businesses Confront Race, Racism and Inclusion—may not have been on the radar three years ago. But times have certainly changed.

Here are tips for creating a conducive atmosphere for these types of stories: 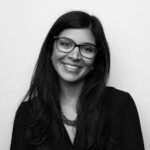 Be inclusive. Both the articles by Engel and Spector use a range of sources. “Diverse sourcing makes us more trustworthy arbiters of the news,” added Roshania Patel (pictured). “A 2021 study from the Reuters Institute shows that younger people have a strong interest in coverage that is clearly more diverse and inclusive, with an emphasis on ‘human, personal and real stories.’ …Are we engaging with a diverse range of sources, even when the story isn’t explicitly about marginalized groups?”

Encourage your colleagues. “As writers for a B2B publication, we have to have business angles in our stories. But business stories can be elevated to have so much more to them, and we are absolutely encouraged to get to those heights,” Fidler wrote to me. “As I reported this out and saw the story getting bigger, my colleagues pushed me to keep going and make it as great as it could be.”

Get others on your staff involved. Added Fidler: “We hired a photographer. Got the design team involved. It turned into a significant effort. As a senior editor, I may have gotten more instant trust in the idea, but this story could’ve been pursued by anyone who went after it.”

Present a positive big picture. According to an extensive new Pew Research Center survey of nearly 12,000 working U.S.-based journalists, 70% of journalists surveyed say “they are ‘very’ or ‘somewhat’ satisfied with their job, and an identical share say they often feel excited about their work.” And an even larger majority say they are extremely proud of their work. But “when asked to describe their industry in a single word, nearly three-quarters of journalists surveyed (72%) use a word with negative connotations, with the most common responses being words that relate to ‘struggling’ and ‘chaos.’”

Be vulnerable—it’s okay. In an article titled The Surprising Power of Simply Asking Coworkers How They’re Doing, The Harvard Business Review said this: “Seek feedback from your colleagues, especially those who are junior to you. Demonstrate your trust in them through the way you communicate and act on their feedback. For example, expressing vulnerability by acknowledging their views and talking openly about challenges you’re facing humanizes the relationship you have with your peers and direct reports.”

Listen actively. “Active listening is about listening to understand rather than just to hear. That isn’t inherently difficult—but it does require much more of a conscious effort than the passive approach most of us normally take,” writes Fast Company, reporting on the “three A’s” of active listening: A constructive Attitude; a dedication of Attention; and Adjustment: “Maintain a degree of flexibility to follow the course of what a speaker is sharing with you rather than trying to anticipate what will be said.”