It’s Women’s History Month so today we highlight MDM’s sparkling new and already successful Women in Distribution awards, plus a history timeline—these can be effective in many ways—from the Society of Women Engineers. And lastly, a Today in History feature from a French publisher using AI-assisted content scores.

A publisher that I’m very familiar with their great work over the years, Modern Distribution Management, has started a new industry recognition awards program called Women in Distribution. Early in their soft launch, they had already received nearly three dozen nominations, and now with still a day to go, they are at 112 and counting!. 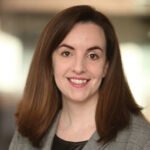 “It’s been the most successful awards launch we’ve had, and the nomination period is still open,” editor in chief Elizabeth Galentine wrote me. “We’re going to have the winners record a brief ‘acceptance speech’ to include during our virtual Future of Distribution event in April, and we’ll be writing profiles on each of the winners that will appear in MDM Premium and on mdm.com. (Putman Media also writes excellent winner profiles for their Influential Women in Manufacturing program.)

MDM’s program will recognize the exceptional job performance and overall industry influence of women in this traditionally male-dominated field. They will “showcase successful leaders who demonstrate excellence, all while breaking barriers and championing other women toward success.” In addition to the speeches that Galentine mentioned, they will also be inviting several of the winners to participate in an interactive discussion panel during that next virtual event.

In a blog post on their site, Galentine wrote that she sees the incredible response “as an indication that there is a growing hunger to recognize the outstanding accomplishments of women who are advancing this billion-dollar market.”

Programs that serve an under-represented segment of your audience can accomplish many things, foremost engaging that group in more of your overall programs and encouraging more outside your organization to join/subscribe/engage and advertise to reach that audience. The key is to follow through with that engagement. Feature the winners as experts on webinars, podcasts, blogs. Invite them to in-person events—when those return—to speak or lead roundtables.

Another good idea is to take advantage of the history of your niche or industry. The Society of Women Engineers (SWE) built a Women’s History Month Timeline, featuring the tagline, “Celebrate Herstory.” Also on the page is a link to their “Diverse Podcast”—recent episodes include Working From Home as a Dow Leader and Parent During a Pandemic; and Empowering Black Professionals in STEM with Kanika Tolver—and an ad for the National Security Agency’s Women in Stem program.

A couple of the entries include:

– In 1879, Ellen Swallow Richards joined the American Institute of Mining Engineers, becoming the first woman to be become a full member of any engineering society.

– In 1883, Emily Roebling oversaw the completion of the Brooklyn Bridge, which had been designed by her father-in-law and started by her husband. However, she did not receive official credit for her role until 1983.

Formed in 1950, SWE now has more than 40,000 members, both professional engineers and students. Through this timeline, they’re giving a big group added knowledge and even more reasons to take pride and renew and engage in their activities.

One more “historic” idea is a Today in History project that “has been the inspiration for a two-year collaborative research project between the publisher Ouest-France and the Belgian media organization Twipe.” Ouest-France will be using artificial intelligence to monetize their most popular evergreen archive content, already having come up with a content monetization predictive score for 30 million past articles.

About 50% of relevant articles were selected for republication, Twipe reports. “Of the articles with a high evergreen score, half got selected by journalists for republication.” Today in History has been rolled out in all their regional newsrooms. “We built an internal search engine based on the [score]. This allows the newsroom to select and re-publish evergreen content with a couple of clicks.”

This sounds like an incredible way to take advantage of evergreen content, something we all have plenty of. A publisher was just telling me how surprised he was that their best evergreen content still gets such good open rates. No surprise here.