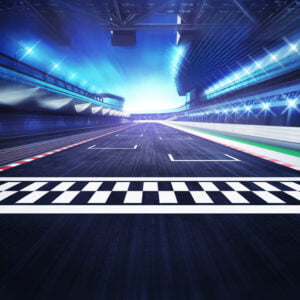 “I never write the first sentence of a book until I know the last sentence. I made the mistake of not doing that with A Time to Kill, and I got halfway through and was completely lost. I learned that lesson the hard way. Now, I finish an outline before I start writing. Sometimes, I get halfway through the outline and realize I’m lost and start over. But at least I haven’t written half a book already.”

In that interview with The Washington Post this week, John Grisham is the latest author who I’ve heard talk about the process of knowing how his story ends before he sets out. John Irving was another: “I write the last line, and then I write the line before that.” It makes sense for publishers and media companies as well to know the outcome you want to achieve before putting your strategy into place.

Lately, I’ve come around to Grisham’s process—a “roadmap in reverse” some have called it. When we were still having vacations, my last European adventure started with finding a good return flight from London. Okay, now I can bike ride in Italy on this date, then visit my friend in Paris and see Wimbledon on the way back. Can’t wait for those days to return.

Of course, this isn’t a new theory, especially in business. Here’s an article from the May 1985 Harvard Business Review:

“The ‘backward’ approach I advocate rests on the premise that the best way to design usable research is to start where the process usually ends and then work backward. So we develop each stage of the design on the basis of what comes after it, not before… This procedure takes time for both managers and researchers. But determining where you want to go, then working backward to figure out how to get there, is likely to yield more valuable data leading to fruitful decisions.”

A Power Panel at BIMS 2020 in December said something similar about virtual events: Script the results you want to see first and then work accordingly to make it happen. After 30 minutes of listening to five very smart people talk about the future of events on that panel, I thought back to this idea: What do you want your event to accomplish? What should your ending be?

If you’re the Financial Times, you want more subscribers. If you’re Winsight, you want to bring buyers and sellers together. If you’re an events company like Emerald, you probably want to do both—or just deliver the most overall value possible. If you’re a smaller niche publisher, you may want to bring your audience closer to the editorial people they follow.

And so on. Two other innovators have espoused this process. Jeff Bezos asked the following in a 2012 video interview: “How are we going to work backwards from customers and build a great service or a great product? That’s a key element to invention…”

And LinkedIn co-founder Reid Hoffman has also spoken about this method. “It starts with, what is the end result that you want to have happen?” he asked. Hoffman apparently played games of strategy as a child and knowing how those games worked taught him the type of “reverse-causal thought pattern he espouses.”

B2B publisher Randall-Reilly showcased an excellent 6-minute video a couple years ago they called Marketing Towards a Desired Outcome. In the video, the narrator tells of Ned who works as marketing director for Sophie’s Super Software. His website had plenty of visitors and a low bounce rate. Click-thru rates and email opens were strong, and constant traffic came to his booths. But there was one problem: He wasn’t driving revenue.

“Obviously, impressive results don’t equal increased revenue. Ned needed to align his marketing efforts to what actually drives sales. He decided to work backwards from the point of sale to uncover where his marketing was falling short.

“First he asked himself, ‘What is the typical sale process?’ He realized a sale was preceded by a demo of [the] software. So if a demo was as close as he could get to the sale, how could he generate more demos? To generate leads for demos, Ned could drive phone calls or form submissions. His sales team tended to convert better with forms because they weren’t always available to answer the phone so how could he get more form submissions.

Back to the literary world, I was once fortunate enough to hear author John Irving talk in person at Georgetown University about this. “I find myself writing backwards for a while, until I have a solid sense of how that ending sounds and feels. You have to know what your voice sounds like at the end of the story, because it tells you how to sound when you begin.”

One of the late Nobel prize-winning, British playwright Harold Pinter’s best plays is Betrayal. It begins at the end of the story and works its way back to the beginning. It’s very powerful. Once you see the outcome, you can focus on how the people got there, seeing the decisions they made to affect that outcome. Makes sense that it also works for business.