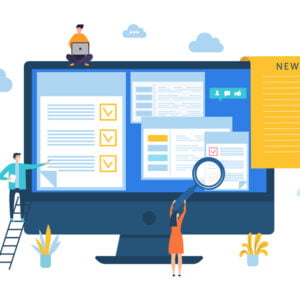 During a recent interview with NiemanLab, Jessica Lessin, founder and editor-in-chief of The Information—an ad-free tech and business publication where subscriptions cost $399/year—spoke about the exact themes that will define our new Associations, Media, and Publishing Network: talent, revenue strategies and technology. And coursing through all that: good content.

“Everybody wants to grow fast,” she said. “That’s expected, but how do you achieve the right kind of growth? Everyone knows you could slash your price and get a boost that day, but what’s the long-term path? Any startup is going to be very focused on the team and getting hiring right. That’s a big focus, as well. How to leverage—or not—the tech platforms is another recurring theme. When do you partner with Google and Facebook and Apple? When do you not? That calculus is very different if you’re a smaller company or a larger company. For me, what’s most exciting is to see the excellence everyone has when it comes to their domain in terms of reporting.”

Lessin spoke at a time when the proliferation of newsletters is one of the biggest stories in publishing. Substack continues to add well-known writers with big followings to their ever-growing newsletter stacks. Twitter just recently purchased Revue, a newsletter platform for writers and publishers. “Facebook is working on newsletter tools for journalists and writers,” the New York Times just wrote, “a move toward offering more services to independent writers as the social network jumps into the fast-growing newsletter space.”

“It’s the calmness of the model that’s the real killer feature,” wrote Substack co-founder Hamish McKenzie on his blog recently. “Perhaps this is giving away too much, but I often find myself telling people: ‘Our real product is our business model.’ There are now more than 500,000 paid subscriptions across Substack, and the top ten writers collectively make more than $15 million a year.”

Whoa. I interviewed McKenzie back in September of 2018. At that time, Shan’t We Tell the Vicar?, The Shatner Chatner, Sinocism and Off the Chain were his biggest titles. And there were a mere 11,000 subscribers. “We strongly believe that in five years there will be a very obvious critical mass of people who will pay for content from writers who they trust,” McKenzie told me, slightly too conservative on his estimate. “And it will be a mainstream, accepted part of the ecosystem… People are learning how good an experience it is to be subscribed to an independent writer you love. We’re really focused on building that relationship—to get people interested in that model.”

Lessin lauds Punchbowl News, a new “membership-based news community” that has—of course—a “flagship morning newsletter” and a daily podcast. While she believes that the journalism still has to be top-notch—“Everything else can be learned and shared,” she says—she is excited about the ways that media companies are exploring monetization.

– Subscriptions.
– Paid memberships—she mentions The 19th, a nonprofit with a booming membership program.
– B2B subscription products—Axios has just launched AxiosHQ, a communications platform that will enable businesses to update their employees—including through internal newsletters—in Axios’s just-the-facts, bullet-point style. It will cost at least $10,000 a year, they say.
– Events, in-person and virtual—Informa Markets has just partnered with the Virtual Events Institute to learn how to do them better.
– Sponsored online communities.

But Lessin does bring it back to content. “Every organization I’ve seen produce really differentiated content is successful. I think it’s really that simple,” she said. “…there’s a huge market for content creators that are doing something original and important. I’ve seen so many businesses that double down on that succeed.”

For his part, McKenzie welcomes Twitter and Facebook to the newsletter party. “I genuinely believe that Twitter and Facebook getting into paid newsletters is good for writers and a positive development for the media ecosystem,” he wrote, before getting more contemplative. “We at Substack have never thought that the solution lies in simply shouting about how engagement-based business models lead to media products that are superficially compelling but underneath are eroding the foundation of society. Instead, we have set out to show that platforms that put writers and readers in charge are just better.

I would stress the reader part there. The idea is to give readers more information, tips and strategies for your arsenal to make beneficial decisions.