For much of the media and information industry, 2020 has eclipsed the 2008 recession as the new standard for hard times.

But that’s certainly not the case for all, particularly those B2B information companies in the right markets with the right product mix.

Enter FreightWaves, which serves the $9.6 trillion business of freight logistics—including trucking, shipping, railway, warehousing and even digital on-demand and emerging mobility subjects such as Instacart—with a media business and a SaaS-based subscription data product that’s earned it the nickname “the Bloomberg of Freight.”

Through the first half of 2020, FreightWaves drove 250 percent growth in both its media and data businesses (with media growing even faster than data with similar margins—more on that in a bit), generating about $15 million in gross revenue and on track to do a run rate of more than $20 million by the end of the year.

From Commodities to Futures to Media 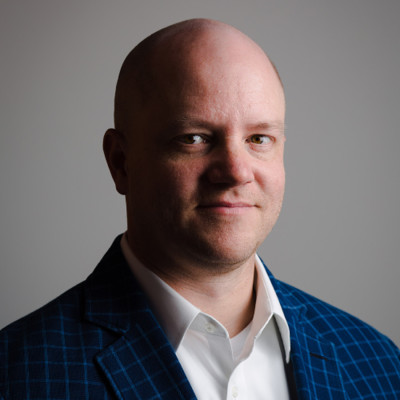 Ironically, FreightWaves’ origins had nothing to do with media. After selling his fleet payment processor business to U.S. Bank in 2012, FreightWaves founder and CEO Craig Fuller (who comes from a long line of trucking entrepreneurs) found himself dabbling in day trading commodities and exploring the idea of creating a futures market for the trucking industry.

“But as we started to go to market, we realized that every successful futures market has an ecosystem of news and data and that didn’t exist with freight logistics,” says Fuller. “FreightWaves was started to evangelize and inform how futures work but we also knew that if it was just about trucking futures, no one would read it. We started writing about things like Tesla, Amazon, the impact of hurricanes, Trump’s tweets when he shuts the borders and it just kind of built on itself.”

Selling Data in the COVID Era

FreightWaves sells SONAR to clients ranging from owner/operators of a single truck to airlines to some of the largest big box retailers.

“Logistics is 12 percent of the global GDP and it’s bigger than the financial and insurance industries combined,” says Fuller. “There’s millions of companies in this space and something like FedEx handles just 1 percent of the business. Companies use our data to make real time pricing and capacity decisions.”

The data business generates $7.5 million in annual revenue with a typical subscription at $25,000 per year but that rate can range up into the high six and seven figures for larger customers. “In the COVID era, the old data models have broken down and historic data is of no use,” says Fuller. “We’re looking at new data sets that haven’t been created before.”

While some B2B companies are starting to prioritize data over content (looking at you, Hanley Wood), Fuller sees the two as an essential combination.

“We’re creating all these new indexes and data types, but if you don’t have a way to contextualize those data sets, it can be difficult for customers to understand what that data means,” says Fuller. “We created the media business to do that.”

On the media side, FreightWaves drives one million uniques and about 2.5 million pageviews per month, with $8 million in annual revenue, driven by advertising and marketing services.

“This is a $9.6 trillion industry but the amount spent on advertising is actually fairly small,” says Fuller. “This is an environment focused on relationship-based sales but that’s gone away in a COVID world. Companies in this space typically aren’t going through agencies and they’re now trying to figure out how to get their story out and find new customers. They’re turning to us to develop their story and help their marketing.”

Fuller is quick to point out that the emphasis on content marketing doesn’t prevent FreightWaves from covering stories that matter, even with some of the biggest players in the space.

“We wrote a story about a company that was making its employees come in when they were sick until they were proven to have COVID-19,” he says. “It’s a $1 billion company and we were telling the story about it. We wrote about another company that went into bankruptcy and their truckers were calling into our XM radio show talking about how their cards were being cut off.  Those are the things people care about.”

Fuller says he is bullish on both sides of the business. “Data is the most investable asset but media is easier to sell because the market is massive, and companies are trying to figure it out,” he adds. “The media business has margins that match the data business—70 percent gross and contribution in the 90 percent range—because frankly, there isn’t a ton of competition. We’re competing with a lot of print publishers and traditional B2B outlets that grew up in print world with a print cadence. There’s a thinking that in B2B it’s hard to do news and I don’t agree with that.”

Early Indicators of a Recovery?

Last week, FreightWaves announced that it had secured $37 million in new minority investment, putting its total capital at $75 million. Fuller says the investment will all be focused on growth, including M&A, organic product development and marketing.

While Fuller acknowledges that much of FreightWaves’ success is due to being in the right place at the right time, he says covering the freight industry gives him some insight to be optimistic about the general state of the economy.

“We happen to be far more bullish on the economy because we see the physical economy in real time and we’re seeing record activity in freight,” he adds. “Before something sells, the manufacturer is moving those raw goods and we see those goods in the market weeks before the consumer buys something. The economy is actually better than what most people think.”