“Could this be the year when publishers rethink their offer to address the twin challenges of news avoidance and disconnection – to offer more hope, inspiration, and utility?” Reuters Institute asks in their 2023 media report. The best answers may be found in person at our Business Information & Media Summit (BIMS) in Orlando, Feb. 23-24, where so many key players will be.

“In a creative business like ours, nothing can replace the ability to connect, observe, and create with peers that comes from being physically together, nor the opportunity to grow professionally by learning from leaders and mentors, Disney chief executive Bob Iger said last week in a memo to employees (reported by The Washington Post). Disney is requiring that employees start coming in four days a week after March 1, citing the company’s need for in-person collaboration.

It’s interesting that a plea for more in-person collaboration and interaction in a creative business comes from the Disney chief just as BIMS readies for Orlando, Feb. 23-24. While coming into the office is certainly an individual organizational decision, there’s no question that the stimulation, ideas and—maybe above all—openness you get from speaking together in-person at an event cannot be duplicated virtually or anywhere else.

The Reuters Institute for the Study of Journalism has released its Journalism, Media, and Technology Trends and Predictions 2023. Here are some of the findings along with the sessions at BIMS that address them and will surely propel the conversation forward: 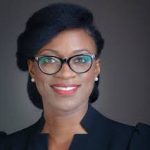 An even greater emphasis on subscriptions. More publishers are investing in subscription and membership in 2023, with the majority (80%) saying this will be one of their most important revenue priorities, ahead of both display and native advertising.
Recurring Revenue: Building a Business Case and Strategic Plan – Tara Lajumoke (pictured), managing director, FT Strategies – Financial Times

Time is teching away. On average, publishers say that 3-4 revenue streams will be important this year. A third now expect to get significant revenue from tech platforms for content licensing (or innovation), significantly up from last year.
Enterprise Tech Spending Starts With a Coherent Business Strategy. Are You Focused Enough? Rhonda Wunderlin, SVP, performance marketing, Questex

Collective thinking. Expect to see a correction in the creator economy this year. The pressure of delivering to constant deadlines on your own is relentless. Collectives and micro-companies could be a new trend for 2023.
Here’s a Content-Centric Digital Native Who Wants to Remake B2B – Becca Sherman, COO and Co-founder, Workweek

Hear it from the top. Media companies are quietly integrating AI into their products as a way of delivering more personalized experiences. Over a fourth say this is now a regular part of their activities, with 39% more saying they have been doing testing in this area. New applications such as ChatGPT and DALL-E 2 also illustrate new opportunities.
Outlook 2023: A CEO Panel – Tim Hartman, CEO, GovExec; Chris Ferrell, CEO, Endeavor Business Media; Elizabeth Green, CEO, Brief Media; Tim Andrews, CEO, Advertising Specialty Institute; Gemma Postlethwaite, CEO, Arizent

More audio, video and newsletters, and marketing of them. In terms of innovation, publishers say that they will be putting more resources into podcasts and digital audio (72%) as well as email newsletters (69%), in an attempt to increase loyalty. Investment in digital video formats (67%) is also up on last year. By contrast just 4% say they’ll be investing in the metaverse. And marketing will be a huge key.

A continued push for more diverse talent. Most publishers (72%) are worried about increasing news avoidance—especially around important but often depressing topics like climate change. Publishers say they plan to counter this with explainer content (94%), Q&A formats (87%), and inspirational stories (66%). For these to be successful, a continued push for new talent and diversity will need to take place.
Talent and DEI and Their Essential Role in Your Growth – Michelle Duke, chief diversity officer, National Association of Broadcasters & president, NAB Leadership Foundation, NAB; Subha Barry, president, Seramount

A bundle of joy. An alternative approach has been to try to lock subscribers in through bundling additional features or complementary brands. Publishers also say they’ll be paying much less attention to Facebook and Twitter this year and will instead put much more time and effort into TikTok, Instagram and YouTube.
Content as Product: How Editorial Leaders Are an Often Untapped Source of Great Ideas – Bibiana Campos-Seijo, media executive; Henry Howard, deputy director of media & communications, The American Legion