This article was written by Tony Silber, AM&P Network’s Director of Programming and Development 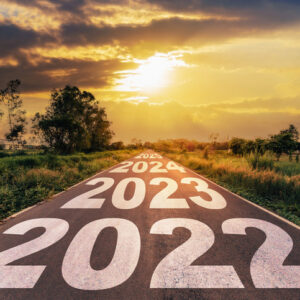 On Twitter, I follow a variety of thought leaders, and I almost always pick up interesting insights and conversations on and about the media. In B2B media specifically, I like Rafat Ali, founder of Skift, Tony Uphoff, former CEO of Thomas, and Sean Griffey, founder and CEO of Industry Dive—which rocked the media world last month when it was sold to Informa in a deal valued at $525 million. (That’s more than five times their projected revenue for 2022, a similar equation to today’s deal of Axios selling to Cox Enterprises for $525 million.)

All three of these executives sprinkle their feeds with business observations alongside personal posts, which adds up to accessible, insightful learning. Although they are all accomplished media executives, they’re not household names outside the relatively small community of B2B media.

Which makes their insights even more valuable because there’s not a whole lot of it.

Since I took over recently as director of programming and development at the AM&P Network, I’ve been guided by a single operating premise that has two parts: First, thanks to all of you, we—as an association—represent a vibrant community, a clearinghouse of knowledge, a place for sharing ideas and networking with all sections of the B2B world. And that connection is symbiotic: Our B2B community needs a strong association, and a strong association needs people like you and your peers.

And second, this sector is on the brink of a golden age, where business grows and thrives, iterates and innovates. Here’s why:

1. Those doing business now, in 2022, are true survivors and innovators. They’ve succeeded in what was a wrenching two-decade digital transition. They’ve succeeded in getting through the worst recession since the Great Depression, and one before that, in 2000-2003. B2B publishers have adapted, changed. And even if many companies now are new, many operating leaders themselves have been through this crucible.

2. B2B media is experiencing the value of a need rediscovered. It has outlasted dire predictions. There were a few years when the conventional thinking was that LinkedIn would wipe out B2B by pulling the ad dollars out of the ecosystem. There were several years when martech dramatically improved and a fear emerged that marketers wouldn’t need B2B media partners anymore. Marketers and agencies could do it themselves. That didn’t work out. And then there was a fear that aggressive aggregators like the old VerticalNet would launch sites in many verticals and displace legacy players.

Which takes me back to the top of this article. The reason for all this is that smart people are driving change, engagement, innovation and execution. They’re people like Ali, Griffey, Uphoff, Bill Carter at ALM, Elizabeth Green at Brief Media, Jennifer Litterick at Ensemble IQ, Tim Andrews at Advertising Specialty Institute, Doug Manoni at CyberRisk Alliance, Wilma Jordan at JEGI Clarity, Peter Goldstone, Tim Hartman and Connie Sayers at GovExec, Andy Weber and Charlene Finck at Farm Journal Media, Greg Watt at Watt Global Media, Dan Fink at Money-Media, Jane Qin Medeiros at studioID.

The list goes on. For those of you not specifically named today, know that you’re not overlooked. We will engage with all of you soon!

We’re so glad you’re all associated with the AM&P Network.