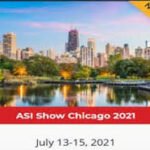 ASI Chicago is more than 20-years-old but the show’s return forced ASI to deal with the new realities of planning, selling and hosting a live event in a post-Covid (we hope) world.

“Show operators have to look at profitability in 2021, 2022 and 2023,” says president and CEO Tim Andrews. “As far as I can tell, we won’t be back to 2019 levels in any industry. Exhibitors will say ‘For the last year and a half, I haven’t met my customers in person. What have I learned from that, what do I need to in in person, what can I do digitally?’ There will be a reconfiguration from buyers on how they allocate their marketing dollars.”

Here, ASI shares what it learned from being one of the first live events out of the gate in 2021, including the need to get comfortable with uncomfortable timelines, the new metrics for success for both event hosts and customers, and how ASI’s event strategy will evolve moving forward.

Event operators are accustomed to having major components (venues, floor plans, exhibitor sales, signage, etc.) in place four to six to sometimes even 12 months in advance of the event kickoff.

That’s all gone out the window, not just for events scheduled for this summer or early fall but for the foreseeable future (particularly as the delta variant continues to spread and mask mandates and even shutdowns re-enter the national conversation). Event planners need to embrace much shorter timelines and the uncertainty that comes with it.

ASI greenlit ASI Chicago in March with official dates of July 13-July 15—a decision made when the majority of the country, including the host city, had severe restrictions still in place.

“At the time, we were dealing with everything from different travel restrictions in different states to Canadian exhibitors who didn’t know what the requirements would be for them,” says Matt Barnes, senior vice president of supplier sales and marketing. “We were selling right up until we opened doors and cut the ribbons.”

That lack of clarity required ASI to be flexible and adaptable. While ASI has a stringent process for exhibitor commitments, the company knew it had to be more lenient this year with both sponsors and when it came to cancellations.

“We didn’t get the full go-ahead from McCormick until June 16,” says Andy Cohen, senior vice president of events, media and marketing services. “We had 12 different iterations of our safety guidelines and our webpage was constantly being updated. We were making changes to signage onsite—we were creating signage and materials when we didn’t know what the capacity would be at McCormick.”

ASI had daily conversations with McCormick Place and representatives for Chicago to keep track of the moving target on Covid restrictions (including a 50-page book of protocol that ASI had to sign at one point).

“Once we said we’re planning on doing it, we took that journey together,” says Cohen. “They wanted to get back to business as much as we did. McCormick had to furlough everybody and people were literally coming up to us and thanking us that they were back to work.”

Based on feedback from past attendees and exhibitors, ASI knew numbers would be down as much as 50 percent from 2019. 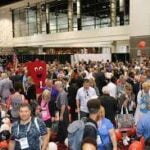 For much of the sales cycle, that 50 percent decline held true (including just weeks out from the event) but ASI Chicago ended up just 35 percent down from 2019, drawing more than 3,500 industry professionals.

And as most B2B lead gen experts will hasten to say, it’s who you deliver, not how many you deliver. ASI focused on creating the best experience for exhibitors.

“Exhibitors have much more limited dollars than historically and they’re looking at what’s going to be the best return on investment,” says Andrews. “Can I go to the show or not? Do I have enough money for hotel rooms for my team? Areas like sponsorship are softer on determining ROI, so we get them to the show and try to give them the best experience possible. We had customers saying they will make it to the show but were not going to be able to spend $20,000 like they did before.”

ASI saw increased performance in several areas, including delivery of more attendees per exhibitor booth than it did in 2019.

“We focused on what we could control,” says Barnes. “We knew numbers would be down in attendance and overall booth space but we had a good hunch that deliverables to exhibitors would be better.”

The show’s “stick rate” of pre-show registrants showing up for the live event was a whopping 75 percent, compared to typical rates of 50 percent to 60 percent in other years.

“If you made a decision to register this year, you were planning to go and be more committed than maybe you would be in previous years,” says Cohen. “We benefited from the fact that for many people, this was their first show in a long time and they were excited to get out of the house and conduct business in the way they were used to. Our industry depends on in-person events. Virtual can work but it has its limitations.”

Planning a trade show just as Covid restrictions started lifting forced ASI to look at everything from health checks to room restrictions to registration procedures to how attendee bags and samples were distributed (bag swag is a key feature of most shows but takes on a new priority for the flagship event of the promotional products industry).

It also forced ASI to look at the various offerings of ASI Chicago and determine what was necessary and what wasn’t.

“We looked at everything we’ve been doing and asked, does this add value to the exhibitor or the attendee?” says Andrews. “With a show that’s been around for 20 years, you’ve added a lot of this and a lot of that. There is a laundry list of things we took from away from ASI Chicago that people won’t miss.”

ASI had unwavering support for some aspects of the event. “Singing ‘God Bless America’ at the show opening—I’m never going to touch that,” says Andrews.

Others, not so much. “We usually do a balloon drop but we didn’t want balloons bouncing on people’s heads in the middle of Covid,” he adds. “They may seem like small things but they add up.”

While ASI has hosted trade shows for more than 20 years, the publisher’s main business is its tech platform ESP and the media and research around it.

A 15-person sales team supports ESP and the media business and ASI used the opportunity to merge the sales staffs between the show business and the tech platform.

“Exhibitors have been saying for years that they don’t want to deal with multiple salespeople,” says Andrews. “We have 3,000 suppliers in our network as well as exhibitor prospects. We had four people calling them for shows and 15 calling them for advertising. We think this will be a big win.”

ASI’s events portfolio includes a series of hosted buyer events called fASIlitate and fASI500. This fall, ASI will expand that lineup by introducing a new show in Las Vegas, ASI Show ConneX, that will feature two days of hosted buyer meetings and an open trade show on the third day.

“The best parts of events are still there–people are still getting together, they’re still networking, educating and doing deals,” says Barnes. “But the timelines and cycles are different. We need to be flexible and the calendars won’t be as comfortable. We need to be thinking about how we harness technology, not necessarily experientially but operationally. This is an exciting widow.”