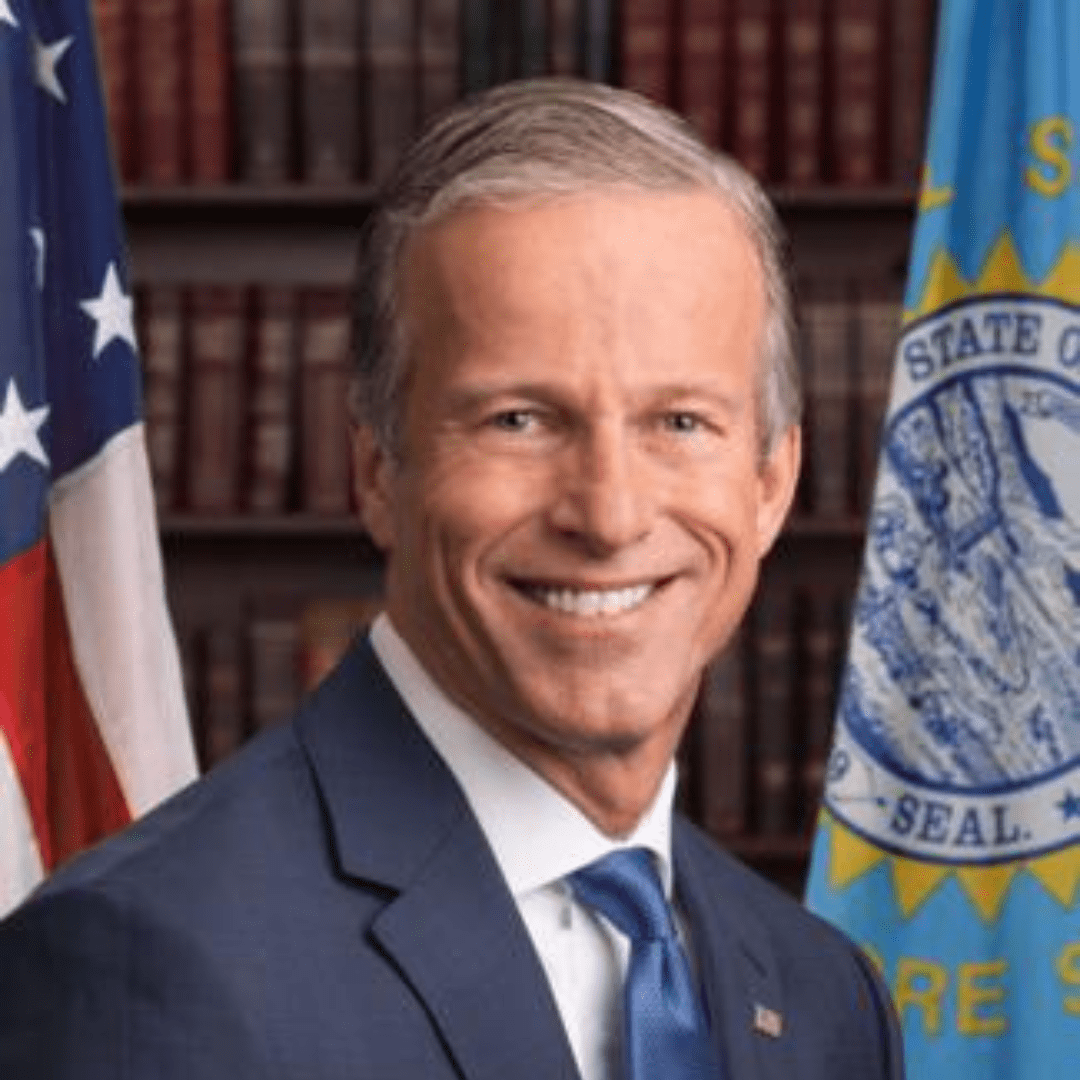 Chairman of the Senate Republican Conference from 2012-2018

John Thune grew up in Murdo, South Dakota. His interest in politics was sparked at a young age after making five of six free throws during a freshman high school basketball game. He was later greeted by a spectator who said, “I noticed you missed one.” That spectator happened to be a well-known sports enthusiast and then-South Dakota U.S. Rep. Jim Abdnor. The introduction was the start of a friendship that ignited John’s career in public service.

John’s attraction to public service took him to Washington, D.C., to work for that sports enthusiast and then-U.S. Sen. Jim Abdnor. He then served at the Small Business Administration under an appointment from President Ronald Reagan.

In 1996, with a shoestring budget and the support of family and friends, John won his first term as South Dakota’s lone member of the U.S. House of Representatives. John was re-elected to a second term by the largest margin in South Dakota history. He returned again to Washington in 2001 to serve his third term in the House.

John then honored his 1996 campaign pledge to serve only three terms in the House. After a narrow loss in a U.S. Senate race in 2002, he won his current Senate seat in 2004, when he made history by defeating a sitting Senate party leader for the first time in 52 years.

John and his wife Kimberley live in Sioux Falls, South Dakota, and they have two grown daughters and five grandchildren. In his free time, John enjoys spending time with his family, pheasant hunting, and running.