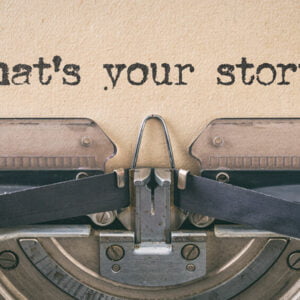 “In science, as in other fundamentally human pursuits, we would do well to remember that we are only truly at our best and most equipped to tackle grand challenges when we put our differences aside and work together.”

That is the final sentence of the 2020 Silver EXCEL Award winner for Best Feature Article—“Tracking the Journey of a Uranium Cube” by Timothy Koeth and Miriam Hiebert of the department of materials science and engineering at the University of Maryland, for the American Institute of Physics’ Physics Today. It is a dramatic ending to a riveting story about Germany’s failed attempt to build a nuclear reactor during WWII. We are taken through the panels of history that was ignited for the authors by the delivery to them of a small uranium cube in 2013.

So many things work about this article—the language, the historical heft, the arc of the story—but what stands out for me in reading it now is the ending and the place they eventually took the reader. It reminded me of a quote I read from the brilliant storyteller, performer and filmmaker Mike Birbiglia.

“People always say with stories: There needs to be a beginning, a middle and an end. I disagree slightly. I feel like there just has to be an end… and it has to be definitive, and you need to indicate to the audience that eventually you’ll get there. Because if it doesn’t end, people will be furious. They want to go home, they have plans, they have parking arrangements. They just want some ballpark indicator of how long this is going to be. The key thing is starting with your ending and then building it backwards from there.”

Birbiglia was speaking about his excellent live show, The New One—which I was fortunate to see in 2019. Of course, we know that all facets of a story are vital. But that idea of starting by knowing your ending could apply to many of our feature stories these days, in multiple platforms. We hear the importance of storytelling emphasized so much today, and what’s interesting is that even when a story is just 300 words or a video is just a minute, they still need a beginning, middle and end.

How’s this for a beginning of a story: “In the summer of 2013, a cube of uranium two inches on a side and weighing about five pounds found its way to us at the University of Maryland.” And how’s this for a middle? “…the revelation of the existence of the additional [uranium] cubes makes it clear that if the Germans had pooled rather than divided their resources, they would have been significantly closer to creating a working reactor before the end of the war.”

There’s a moral here—as writers for associations, we need to imagine where we want our readers to be at the end of our content. Have we brought them to a better place of understanding or knowledge? Have we given them ideas so they can do their job better? Have we increased their connection to the subject and to the association, or at the least, further engaged them? In this article, the authors have given the reader an incredible amount to think about, and that reflects very positively on AIP and Physics Today.

Here are four more tips from Birbiglia about storytelling:

Be as inclusive as possible. The New One—which centers on he and his wife wanting a baby—started out to be just about that and nothing more. Birbiglia said that was fine for audiences his age but drew silence at a college. “So I needed to come up with a metaphor of something that people can all relate to. And I started thinking about what I was like when I was in college and about how me and my roommates brought home a couch from the street, and then I was like, ‘Oh, that’s sounds like a great metaphor for the whole thing.'”

Establish eye contact (so to speak). I’m adding this one from a talk I went to by Brian Grazer, the Hollywood producer (Apollo 13, A Beautiful Mind). Birbiglia said to imagine that you are talking to someone one-on-one at a party. If you digress too much in your story, you might lose them. Grazer, whose latest book is titled Face to Face: The Art of Human Connection, agrees and is very big on making eye contact. The editorial equivalent of that is to engage someone early and stay on point. Don’t let them turn away.

Be as authentic as can be. Let your passions and foibles come through. “In comedy or storytelling, it’s amazing when you figure out how to be yourself,” Birbiglia said.” It’s so hard to do, and it takes years and years. I still struggle with it. To this day, I’m always trying to be more myself.”

Ronn Levine is editorial director of SIIA and can be reached at rlevine@siia.net.