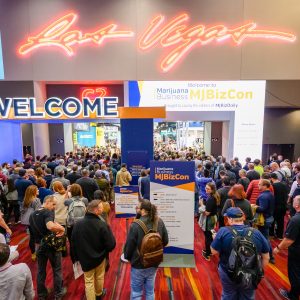 From a new company in 2011 looking for a third vertical to excel in, MJBiz quickly became Inc.’s 4th fastest growing media company in the nation—one that sold those first two verticals to focus on the third: the cannabis industry. It paid off when event giant Emerald X announced that it had acquired the 10 year-old MJBiz for $120 million, with potential future payments contingent on their performance through 2022.

“I never dreamed it would get this big,” co-founder Anne Holland told me. The rise of MJBiz has been startling—and puts forward lessons to starting and building a new vertical or business. This is Holland’s 5th time building a property and selling it, so she knows perhaps better than anyone what it takes.

“What we have done is treated every product the same, the only thing different is the niche,” she said. That has meant “super high quality content—being as useful as it can be to our end audience—a way for the community to get together and data. So we have our magic sauce. This industry just happened to take off—like a restaurant that makes great food, we were on the right street corner as opposed to being hidden away somewhere.” 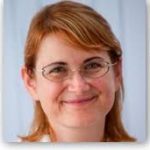 Holland (pictured here) was especially pleased that Emerald X will take on all 40 or so MJBiz employees. “That’s important—plus we need everyone,” she said. “[Emerald’s] health, vacation, payroll, ability to work from home all [aligned] closely to ours. We wanted to make sure that our people would be happy. [Co-founder] Cassandra [Farrington] and I will continue as consultants. We have a really good leadership team in place. We’ve just gotten so big; our event made the Trade Show Executive Gold 100. It’s a nice transition.”

Here are more takeaways on building new verticals and niches from Holland and Farrington, based on today’s conversation and past interviews:

Find the underserved. “…We were looking at veterinary practices, medical, mergers and acquisitions—all different industries to decide who are we going to serve next,” Holland told me previously. “The primary thing is, ‘Who is unserved?’ Who’s hungry for what we’re really good at doing? There was no financial information [in the marijuana industry], no legal or financial news service that was doing a good job. ‘We can do that.’ We can help these hungry people. If it was the blimp industry, that would be okay. We just like to help people and happened to luck out.”

Is the industry growing? “We had a set of criteria that we judged everything against,” Farrington said. “Is [an industry] growing at a certain pace, at least 7% a year? Does it have a certain number of actual businesses with actual employees, not solo entrepreneurs or consultants or individuals, but people who actually have to make payroll every two weeks or every month? Pay rent on a facility that sort of thing that shows their level of investment.”

Keep an open mind. “We were topic-agnostic,” Holland said. “Cassandra was in Denver, I was in Rhode Island. I saw an article that said there were more marijuana dispensers in Denver than Starbucks. I immediately called her.” Added Farrington: “Medical marijuana met our criteria. This meant that there were at least 4,500 focused professionals in the area, 1,000 companies with employees, 100 potential advertisers/sponsors, “and at least one competitor.” There was exactly one. “You don’t want to be the only one,” Holland said. “It probably means it’s a bad idea. Lawyers, accountants and others were serving the industry in various ways. Some of these people had businesses for 20 years but never kept records. People were truly legitimizing themselves overnight.”

Survey. One of the first things Holland and Farrington did was conduct a survey of businesses in the field. What did people really want from an information company? “They didn’t want to know how to run a dispensary better,” Holland said. “They wanted a free daily news website that connected them to the cannabis industry across the country; they desperately needed business and financial benchmarks, and industry numbers. And they wanted a conference, with other mavericks who were running dispensaries.”

Create events. MJBizCon attracted more than 1,200 exhibitors and 27,000 attendees when it was held in Las Vegas in October, their first in–person event since the start of the pandemic. Holland marveled at the safety precautions being taken there. Although people told her that based on 2019 and earlier growth, MJBiz would look good to a potential buyer, Holland believed that “they needed to see that it was still a viable show, that there was excitement in the marketplace. We had good readership numbers and social media stats, our online advertising went rocketing upwards, but it was important to show that it was still a huge event.” Next up will be an event in San Diego in February and back to Las Vegas in November. “Meeting in-person is a critical thing for us.”

Have a purpose. “We believed in a purpose-led company,” Holland said. “We wanted to be in business to help people—kind of a cataclysm of the conscience. Companies that have a purpose also tend to be more profitable. People stick with them.” There was also an immediate focus on content and keeping the “church-and-state” philosophy. CEO Chris Walsh, whose background is as a business journalist, was their first hire. Both Holland and Farrington came from the paid content world.

Seek female representation in your company or division. “A huge amount of purchasing power in households are influenced and/or controlled by women, and at an increasingly number of companies,” said Farrington. “Without seeking this, you would be missing out on the viewpoints of a huge portion of your audience.” The cannabis industry is wide open space, she added, and the percentage of female CEOs and founders is very high. “There is a young crop of females aspiring to reach executive leadership ranks. If you are representing your industry, make sure those people can see themselves [in what you do, including any photos].”

Think progressively. Holland was proud to say that she had carried pandemic insurance. “We also had some savings, so we were doing fine. This was not a fire sale.”