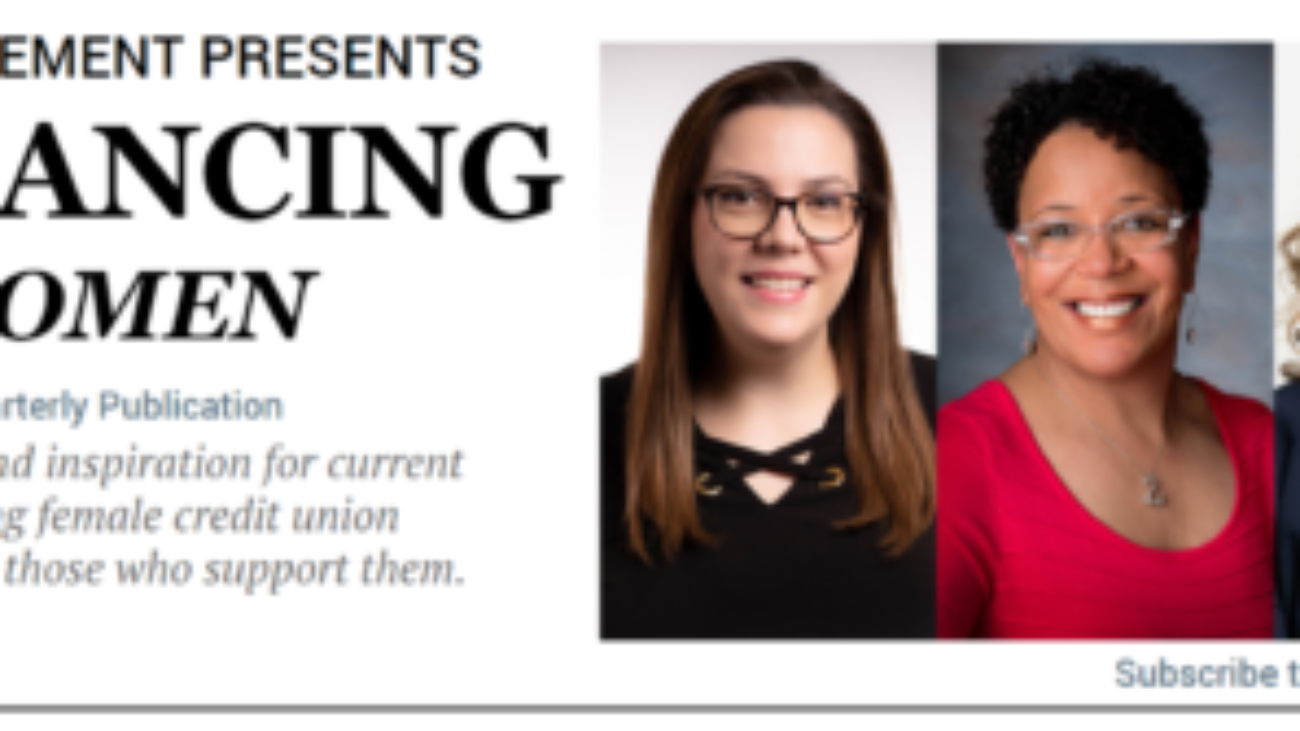 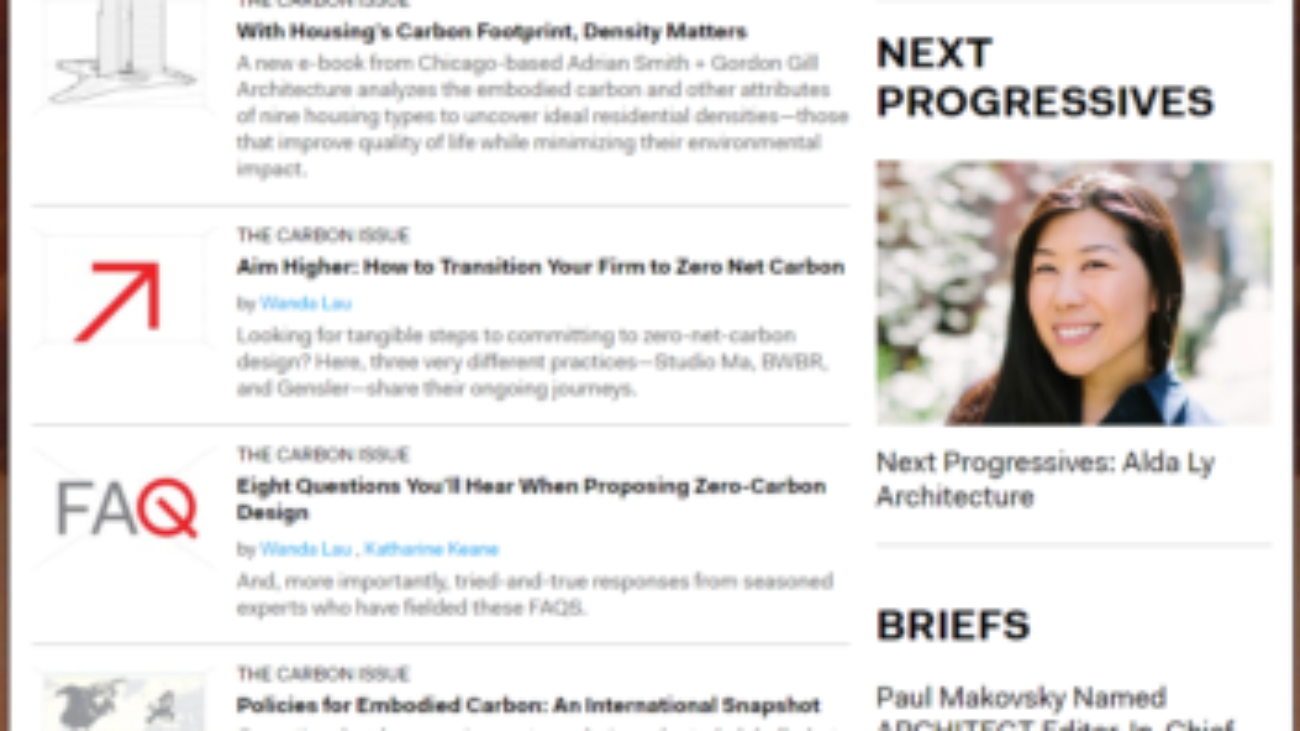 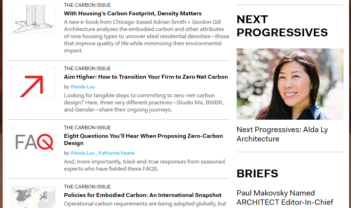 “Designing for those who aren’t typically considered.” What a great quote by Alda Ly in the Neal-Award winning issue of ARCHITECT Magazine, guest edited by Architecture 2030. Going over some of the Neal Award winners I found replicable examples of design, wordplay, social media, polls, partners and contests. Check them out below.

Audience polls, a non-profit organization as a guest editor, floating graphics, a reader photo contest, a ghost kitchen calculator and a timelined story are just some of the successful ideas used by the Neal Award winners highlighted below. There’s a reason that winning a Neal Award is such a prestigious honor—the work truly stands out.

Here are some replicable ideas that 2021 Neal Award winners demonstrate:

Find special partners and highlight diversity. Zonda Media’s ARCHITECT Magazine won for Best Single Issue of a Tabloid/Newspaper/Magazine for The Carbon Issue (pictured above) – guest edited by Architecture 2030, “a non-profit, non-partisan and independent organization established in 2002 in response to the ongoing climate emergency.” Here’s the lead-off: “This special issue of ARCHITECT… is meant to help architects get CO2 out of their systems, for the health, safety, and welfare of us all.” What a great idea to partner with a non-profit! It gives the issue more heft and another vehicle to amplify its profile. I especially like the Next Progressives Q&A where they spotlight Alda Ly Architecture. “What led to the founding of the firm: I’m a woman of color working in a field traditionally dominated by men. Initially, this launched me on a path designing for women, but it quickly morphed into designing for those who aren’t typically considered.”

Do a summer social media campaign. Advertising Specialty Institute won for Best Use of Social Media for its #PromoInTheWild campaign. They asked industry members to be on the lookout for logoed products, tag a photo of it with #PromoInTheWild and share it to ASI’s online platforms. Four people were awarded $25 gift certificates for their posts. “The campaign generated tens of thousands of positive impressions on social media and even helped some promo newcomers get a better sense of the scope of the industry,” ASI wrote. Said Tim Andrews, ASI president and CEO: “One of the best ways to convince people of the power and reach of our industry’s affordable, effective products is to showcase them wherever and whenever we can. A summertime social media campaign is a perfect way to celebrate our industry when we need it most.”

Augment a major story – part 1. SHRM won for Best Instructional Content for a comprehensive story titled How Should HR Handle Political Discussions at Work. “It was just a picture, and it was in an employee’s cubicle,” the story by Susan Milligan begins. About a third of the way through the article refers to a “SHRM poll conducted last October [that] found that 42% of employees have had a ‘political disagreement’ at work, and 12% have experienced political affiliation bias.” The link led to an 11-page, beautifully designed pdf with results from that poll. We learn that “over half of working Americans say politics and the discussion of political issues have become more common in the last four years.” Between the poll, excellent pull quotes and fun wordings—“While HR can hardly have Aretha Franklin’s iconic song ‘Respect’ playing on a loop, there are some actions HR and legal experts advise”—it’s a valuable story for members, especially in this day and age.

Augment a major story – part 2. Winsight won in Best Subject-Related Package for Making Sense of Evolving Kitchens. As you progress through the story, you get links to other stories that delve further, such as: How Small Chains Are Growing With Ghost Kitchens; The Kitchen as Filming Studio; and COVID-19 Clears a Path for More Restaurant Robots. I also encourage you to check out the digital design—graphics and photos float in as you scroll, video and pull quotes pop up. It’s a fun and informational read.

Provide tools/new ideas for our audience – part 1. Industry Dive’s Restaurant Dive won for Best Series for six articles with the first story titled, Mapping the Rise of Ghost Kitchens. (Who knew ghost kitchens were such a thing?) “Dark. Ghost. Host. These are just a few of the names for the budding restaurant segment rising from the economic upheaval of the novel coronavirus pandemic,” it begins. Not only do they go in-depth, but they also created a “ghost kitchen calculator to help operators assess the financial profile and determine profitability of a ghost kitchen before developing their own concept.” Talk about meeting audience needs. Think about what value-add you can give to an article you’re doing.

Provide tools/new ideas for our audience – part 2. For Best Profile, American Chemical Society’s Chemical & Engineering News won for a wonderful profile titled A Day With Jennifer Doudna: Trying to Keep Up With One of the World’s Most Sought-After Scientists. It chronicles the day she spoke at the University of California, Berkeley campus. “It’s clear that being considered the Beyoncé of science has reshaped Doudna’s life. But has it reshaped how she views herself?” The article leads to a sidebar story titled Jennifer Doudna’s Tips for New Entrepreneurs. One story presents the person, and the second presents how to help their audience succeed. The main story is written as a timeline of her day. This would also work well as a video.