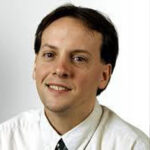 This is the second in a series of BIMS 2023 Speaker Q&A Previews. We hope you get a taste for what these speakers will deliver IN PERSON on Feb. 23-24 in Orlando and choose to join us. Register here for this much-anticipated summit event!

In this Q&A, Henry Howard, deputy director of media & communications for The American Legion, gives a sleek preview of his session at BIMS 2023 titled Content as Product: How Editorial Leaders Are an Often Untapped Source of Great Ideas. In the 2½ years since the launch of their Tango Alpha Lima podcast, growth, revenue and membership, especially younger, have substantially increased.

Tony Silber: From podcasts to research, and from events to spinoff brands, today’s senior content producers are frequently the best “intrapreneurs” in the organization. Why is that? Editors are supposedly not versed and not interested in the business side.
Henry Howard: Editors—at least the strong ones—know their audience. They lead teams to create content that fits that audience niche. In gaining that knowledge, they are also able to identify gaps. It is within those gaps that lies opportunity. And those are opportunities for serving not only the reader but the advertisers as well.

Silber: Why are content producers a leading edge for intelligence in the market?
Howard: Content producers have access to instant data to judge the relevance of their stories, videos and other media. There is much more reliable data in the digital world than we ever had in the print world. We can see data that show the number of impressions of a tweet, how a newsletter subject line affected open rates, when our audience is most likely to visit our website and so much more. With all of this data, content producers are now able to be more strategic with their content in not only the creation, but the timing and vehicle for its delivery.

Silber: Can and should content producers convert stories and sources into focus groups and new products?
Howard: Sure, why not? We engaged a focus group of younger veterans to get their honest assessment of our media program. Through those discussions, our Tango Alpha Lima podcast was born. In the 2½ years since its launch, its growth has skyrocketed, while increasing revenue and engaging younger members and potential members.

Silber: What’s a marquee success at your organization? How is it measured?
Howard: The aforementioned podcast. During the first six months of 2022, the number of downloads increased 108% over the same time frame a year earlier. Additionally, the podcast won three major awards for its special series commemorating the 20th anniversary of 9/11.

Silber: Thanks, Henry. Looking forward to seeing you at BIMS.

Postscript: Tango Alpha Lima won a 2022 bronze EXCEL Award for Best Podcast Series. It included that series called 20/20/20—20 episodes leading up to the 20 days marking 20 years since the “attacks that changed the world.” In one episode, they remember 9/11 with motivational speaker USMC Cpl. Josh Bleill (especially poignant with Veterans Day just having passed).

Working a corporate job in Indianapolis on Sept. 11, 2001, Bleill was so moved by that day that he soon found himself “following in his father’s yellow bootsteps at Marine Corps bootcamp. During a deployment to Fallujah, Iraq in 2006, a bomb exploded under the vehicle Josh was riding in. He woke up five days later to the realization that he had lost two friends and both of his legs in the blast. [His] journey through recovery led him to a new role as a motivational speaker, trying to help veterans and civilians alike move forward with positivity by taking just one step at a time.”